Home » Listen: Los Lobos Have Our Song Of The Week, Recorded In 2002

Listen: Los Lobos Have Our Song Of The Week, Recorded In 2002

Join us on these public radio stations starting Friday, Sept. 2. 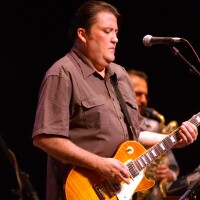 “Luz De Mi Vida,” or “Light of My Life,” appears on the band’s popular album, released in 2002, Good Morning Aztlan. The band has a new album out now, called Native Sons.

Hear the entire show starting this Friday on our NPR Music affiliates, and be sure to sub to our podcast, as our fall season of new broadcasts begins Sept. 9 with Martin Sexton, Nellie McKay, Abe Partridge, Joseph and Cave Twins.

Tourism Day On Full Display At The Legislature

In 2022, state tourism revenue set an all time record with $5 billion  in traveler spending. “Almost Heaven” was on full display as Tourism Day filled the State Capitol rotunda halls on Monday.